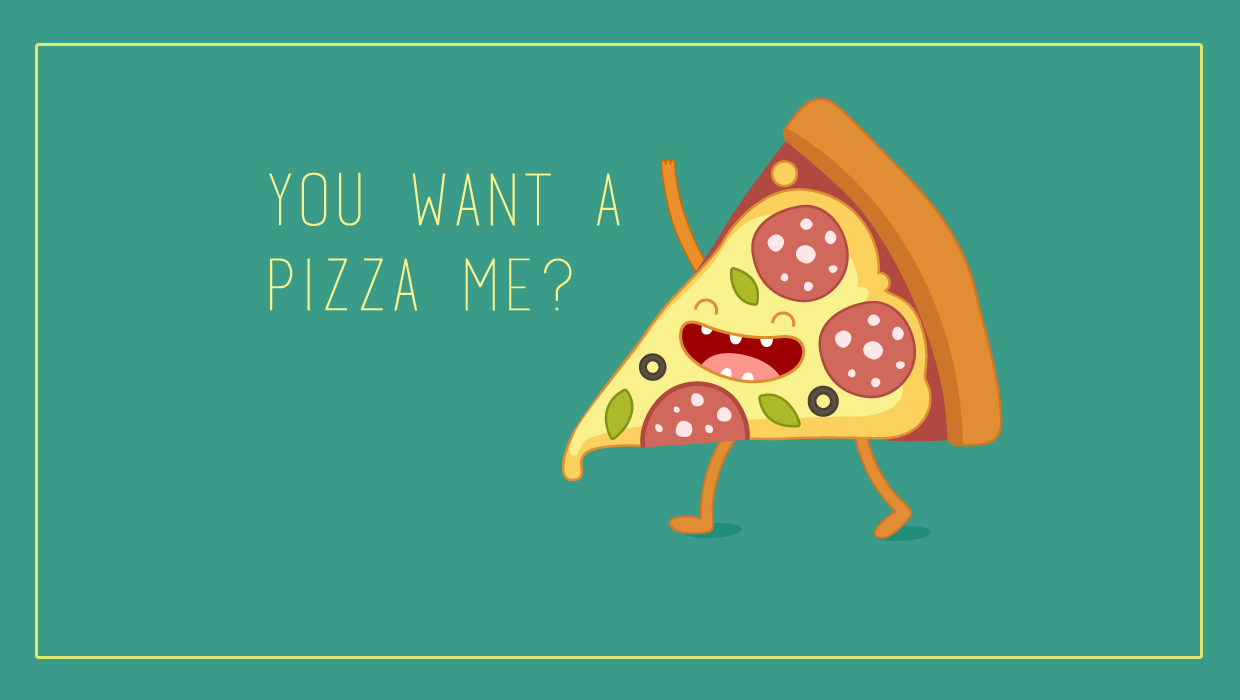 Can food and humor mix? So much better than you’d expect! Whether you’re a bar or restaurant owner, work in restaurant marketing, or are a self-proclaimed foodie, you’ll appreciate these tasty food puns.

Humor is also a useful tool for making both online and offline marketing more memorable, so read on for more tips on how to use them to up your own marketing efforts.

Food puns are at least as old as nacho cheese. But a quick look into Twitter shows they are alive and well in a modern medium.

Here are a few of our favorite #foodpuns from Twitter:

You need a Spookies & Scream #Cake because #foodpuns are the greatest. #halloween pic.twitter.com/QU2TNE9raL

Monday Beeting you down?? Maybe a new shirt will perk you up! Online now for pre-orders! Link in Bio #foodpuns #rd2be #rdchat #shoplocal pic.twitter.com/TdueZQ0vd5

You’ve made it this far, which proves that a little humor can go a long way. Humor can help your food business stick a little bit better in its target market’s minds. Not a bad thing in an extremely competitive industry.

In a piece for HubSpot, Kim Speier says:

“I think the most remarkable thing about using humor in marketing is how companies with seemingly ordinary products can make you feel like theirs is the most exciting one out there. Oftentimes it’s a product we all need, one that really isn’t much different from brand to brand, and one that doesn’t have much price variation. Yet, we are fascinated by its commercials and social media presence.

When it comes to humor, it’s all about authenticity. The brands that make humor work are authentic; they know their persona and they run with it. The companies below sell arguably “boring” products, but using humor in their marketing has transformed the way consumers perceive them.”

There are drawbacks to using humor out of context. Food puns should generally be in good taste (no meta pun intended). They should be true to your brand. An excellent study by Marketing Science Institute says:

“… creating humor likely requires a deep understanding of the desires, identity position, and cultural belief structure of the target audience. Even then, some humor attempts are bound to fail. One way to help succeed in this endeavor is to employ rigorous market testing before launch.”

In any case, the risks of using humor are greatly outweighed by the benefits. Humor can strengthen not only customer recall, but the overall quality of the connection as well.

Ways you can use humor and food puns in the food industry:

Do you have a food pun? Feel free to tweet them to us at @printplace , or simply comment below.