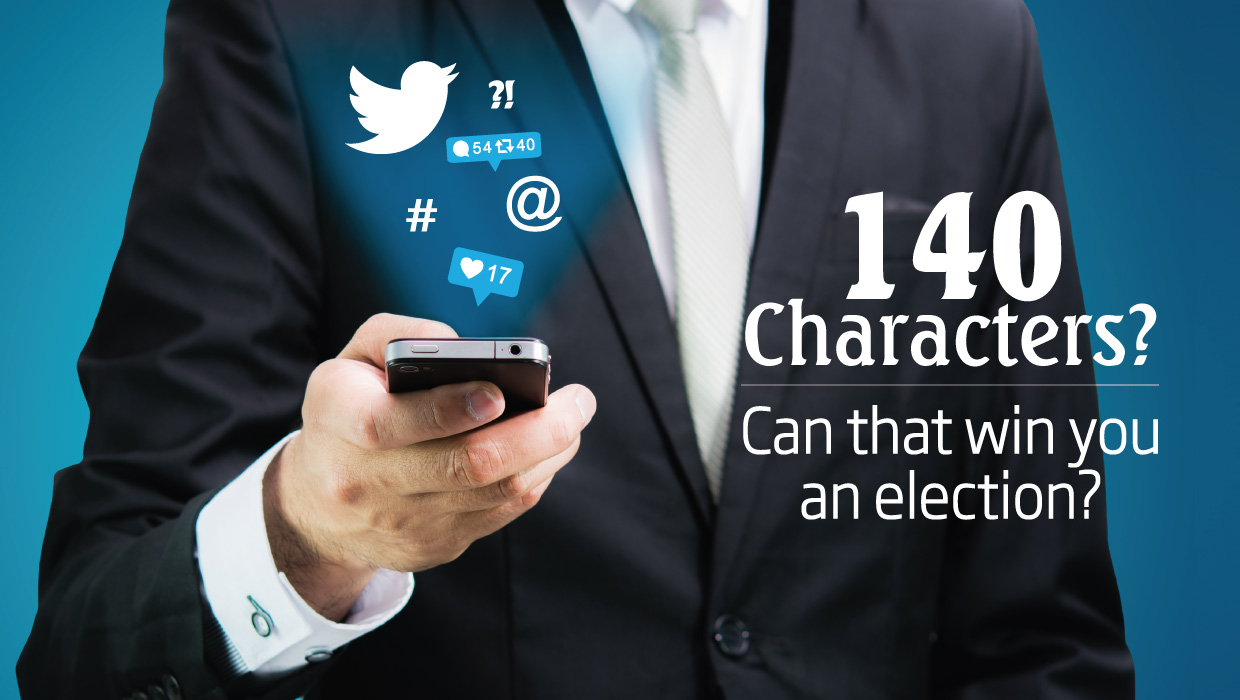 Can Twitter and other social media platforms engage and mobilize enough voters for you to win your election?

If you are Donald J. Trump, then the answer would appear to be “yes.” Even if you are not on Twitter, the news media’s incessant circulation of the President Elect’s tweets meant that unless you were living under a rock, you knew exactly what candidate Trump was thinking and how others were responding to his tweets. A recent article in The Atlantic estimated that the free media coverage Trump received was equivalent to $2 billion in advertising.

But will that work for your campaign? Probably not.

First, before he decided to run for President, Donald Trump was a celebrity in his own right. He understood the draw that pop culture holds for Americans. Thus, he had a built-in following of people who were curious about what he thought and what he was doing.  As a celebrity, he also tweets about and get responses from other celebrities, thus creating a compounding effect of followers.

Secondly, Trump’s personality provided a phalanx of supporters who would not only re-tweet his musings, but aggressively defend his rhetoric. This support was nationwide and allowed people who were not otherwise politically active to engage in the process like never before. According to an article in Politico, between January 2015 and January 2016, although there was a doubling of followers of @RealDonaldTrump, retweets exploded by a factor of 28.  Thus the dissemination of tweets increased more rapidly than actual Twitter followers.

These two critical elements made Twitter the perfect campaign median for Trump, but it would be impossible to re-create his success without the candidate himself in the mix.

So what can your campaign take away and apply from Trump tweets?

You can use Twitter to go around traditional media and to communicate directly with voters. Traditional media outlets are quoting social media more and more when reporting stories. You no longer have to make a call or issue a press release to give your opinion. You can simply type it on your smart phone.

Twitter, like print advertisement, allows you to create your own brand. Donald Trump was one of the first to pioneer the use of quoting himself in his own newsfeed to promote whatever he was selling. You can use Twitter to identify the causes that are important to you (i.e. charities) thus promoting your platform.

Twitter allows you to connect with voters of shared interests and creates an expanded network of supporters. Your campaign should identify these supporters for your Get Out the Vote (GOTV) efforts as well as to recruit volunteers.

Doing this helps your campaign build momentum and create a conversation with voters. A study published by the Pew Research Center analyzed three weeks of data from the spring of 2016 and showed “that of 55 of Trump’s re-tweets, about eight-in-ten were of people who were not famous and had no discernible ties to news media, government, or other organizations.” Most of Trump’s re-tweets were of supporters offering their congratulations and affinity for his policies.  Contrast those statics over the same time period to Hillary Clinton who would re-tweet her own campaign account, or Bernie Sanders who would re-tweet news articles and you can easily see the dynamic personal effect of Trump’s Twitter reciprocity.

According to Sysomos “92% of engagement with a tweet happens in the first hour.” What does this mean? Sending more tweets per hour has a higher impact than multiple Facebook posts in the same time period. An article in the New York Times from 2015 states that candidate Trump tweets on average twelve times per day.

6) Use a Lot of Adjectives

The 140 characters limit necessitates concise wording. Trump is the king of the using attributive adjectives (words that describe nouns) or as I like to put it “aggressive adjectives.” His adjectives are so aggressive they could almost be constructed as verbs.  He uses simple words to paint a vivid picture in the minds of voters, examples include: lying, nasty, weak, huge, great, terrific, and of course “very.”

Twitter in 2016 has been compared to FDR’s Fireside radio chats from the 1930s, or JFK’s televised press conferences in the early 60s: a new communication median to communicate with voters.  Twitter, while a useful tool for a campaign, is only one part of the four legged stool that supports a successful campaign.  Other medians of communication such as print/direct mail, radio/TV, and face-to-face grassroots campaigning should not be neglected.  An effective campaign always uses multiple channels of communication in order to reach voters and communicate a message.