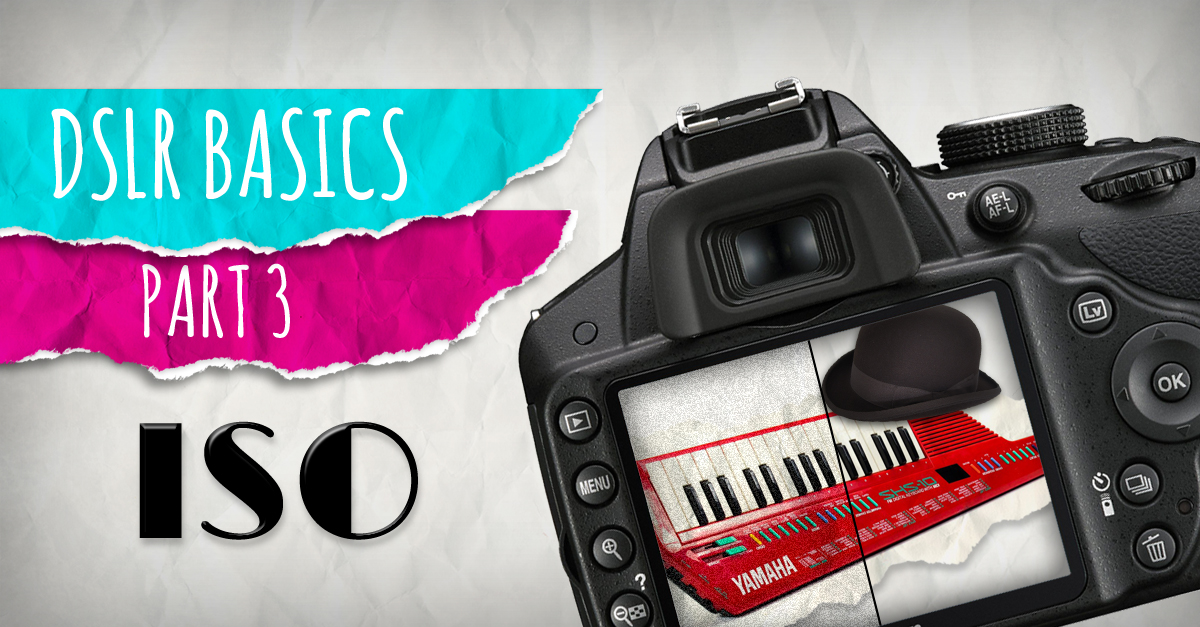 This is the last video in our 3-part series on DSLR basics. Since it is an installment of Tipster Friday, our resident tipster is here, this week, to explain the basics behind ISO. This refers to your camera’s sensitivity to light. You can use it in a number of ways to focus your photo to your advantage. I don’t want to give too much away though. I’ll leave the details up to the expert.

Hey guys. It’s Tipster Friday once again, where I give you tips you’ve probably never heard of. The past two weeks we’ve been discussing the basics of DSLR photography. Click either of these links to get caught up. Basic DSLR Tutorial 1: Aperture or Basic DSLR Tutorial 2: Shutter Speed

ISO goes back to the old-school days when people still shot on film.

Anyways, so ISO on film referred to how sensitive the film was to light. Film stock with an ISO of 800 would shoot better in low light than film with an ISO of 200.

In the same way, ISO on your DSLR controls how sensitive your sensor is to light. A low ISO like 100 is not very light sensitive. A high ISO like 6400 is super sensitive to light.

So it’s obvious right? Just set the ISO as high as you can get it and shoot away! Nope! Let me tell you why. Every time you increase the ISO number, you add noise into the photo.

Check out this selfie taken with an ISO of 100. Looks beautiful, I know.

Generally you can use ISO to your advantage. Check this out. Let’s say you want to take a photo with deep focus. “Deep focus” just means everything is in focus. To do this you have to choose a high f-stop like F22. This will likely make the image really dark. Fix this by increasing your ISO. Bam! Deep focus!

In the same way, if you want a shallow depth of field, you’ll have to open your f-stop up wide. At F2, the photo will be very overexposed. Fix this by bringing down your ISO to 100. Mmmm look at that soft focus! So nice.

Well, that’s it for our DSLR basics videos. If you’ve found this helpful, let us know in the comments! Subscribing would be nice too.

Also don’t forget you can see the other two parts by clicking here.

I’ll see you next Friday!