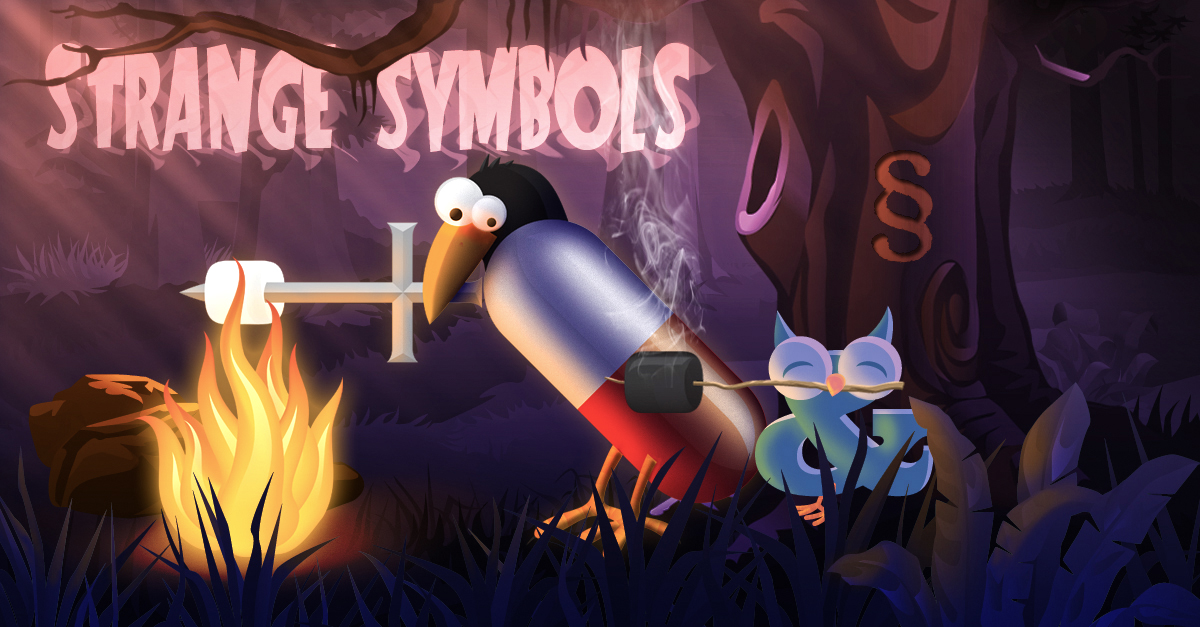 The Tipster Friday video of the day is about strange typographic symbols. They might not seem that strange when you read them in your everyday life, but set on their own, it is obvious that most of us know little or nothing about them. Each one actually has a cool name and an interesting history behind it. It wasn’t just invented out of the blue. There are reasons they mean what they do, and reasons they’re shaped like they are today.

Our resident tipster, Ara, tells you all about it, along with our new announcer moose, (you’ll see what I mean) in today’s video. You’ll feel smarter for knowing, and you’ll have that many more Jeopardy answers in your back pocket.

Hey everyone. Welcome back for this week’s Tipster Friday, where I bring you tips you’ve probably never heard of.

This week we’re delving into the world of strange typography. We’ll discuss 5 typography symbols that confuse and mystify. Wonder no more! All shall be revealed.

First up is “ampersand.” Now you probably know this stands for the word “and,” but I bet you don’t know where it came from.

Ampersand is a ligature, or a symbol that is a combination of two other symbols. The Latin word for “and” is “et.” Over time, these two letters grew together, eventually becoming the ampersand we know and love…and we LOVE to use it. Just think about those awesome wooden word decorations. So cool, I know.

Next, the “pilcrow.” Ha! Gotcha. Here’s the pilcrow. The pilcrow was derived from the Latin word “capitulum” meaning “chapter.” It eventually evolved into this weird backwards P double line thing.

In the middle ages it indicated the start of a new paragraph. Today you’ll see it used mostly in legal papers to indicate a certain paragraph in those long boring documents that no one but lawyers have the patience to read. You’ll also see it used by English professors to notate where a new paragraph should begin.

Our third mysterious symbol is this. It’s sometimes known by its Latin name “signum sectionis.” No, it isn’t some dark magic, Harry Potter spell. It simply means “section sign.” The section sign is a digraph that combines two “S” symbols. You’ll most often see it used in legal writing to indicate a certain section in a document.

The last, and my personal favorite, is… the dagger. It does exactly what it looks like. It cuts and slashes useless words and sentences from where they don’t belong.

The dagger is a variant of the obelus, meaning “roasting spit”. In medieval critical writing it was used to indicate words or ideas that were unnecessary. St. Jerome once wrote, “An asterisk makes light shine, and the obelisk cuts and pierces.”

In genealogy, it indicates a person’s death date, where as the asterisk shows the birthday.

That’s all for this week. Do you feel enlightened now?

Hit the subscribe button. Every week I have a new video with tips on graphic design and more.

I’ll see you next week.