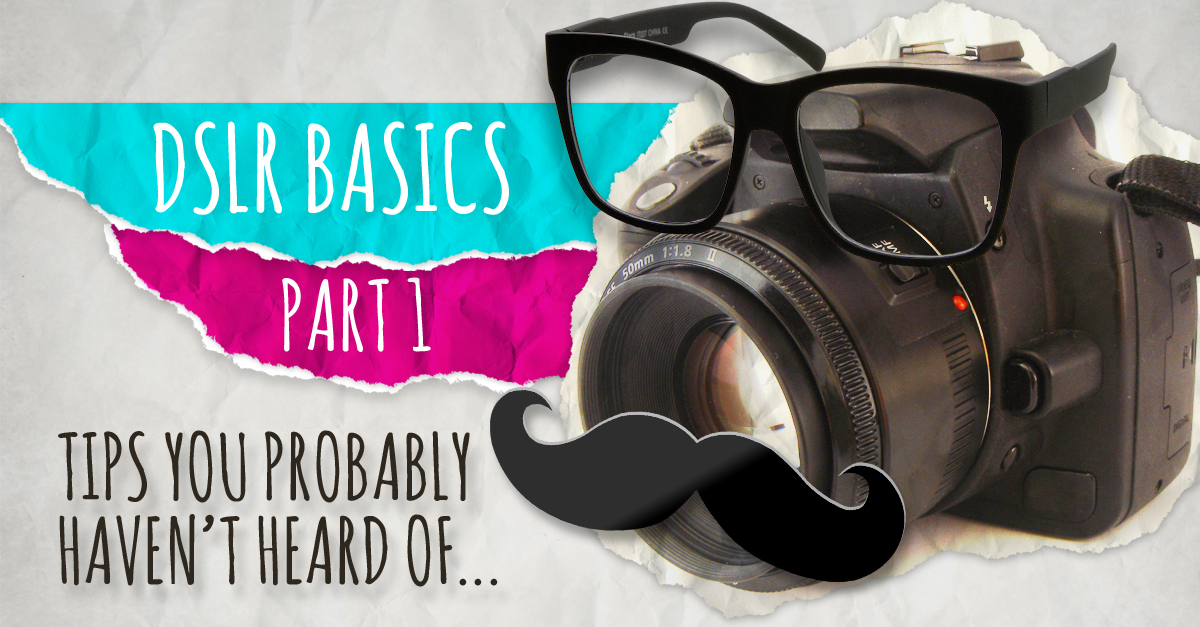 Not sure what DSLR means, but you’d like to know how to take better photos? Do your dreams of being a hipster include carrying around a camera with a lens you can focus by hand? Did your camera come with a dial on top that you’re afraid to touch? Fear no more! Our tipster, Ara, can help with all of these worries and more!

This week is the first of three videos where Ara goes over DSLR basics for your camera. She explains some of the basic functions of a DSLR camera and how they’ll affect your photos.

Watch her tips. Then try them out for yourself. Your friends will be impressed by your new camera skills.

Hey guys, it’s Tipster Friday again where I give you tips you’ve probably never heard of. This week I’m going to teach you a thing or two. This week’s topic is…

I know you guys have all been in this situation where your boss comes up to you and says, “Phillip, we need photos of that new toaster prototype, stat!” and you’re like “ahhhh, I don’t know how to use this thing.” Well, worry no more. I got you covered.

I decided to break this up into the three videos. So…make sure you come back next Friday, and the Friday after that, to get the rest. You can solve this issue, of course, by clicking right here.

Before we get started, I’m going to ask you to do something scary. Turn the little top dial from “A” to “M.” There you go. Your camera is now in manual. You’re in complete control. Don’t panic. We’ll get through this.

Okay, so let’s discuss “aperture.” Sometimes this is called the “iris.” The camera iris is just like the one in your eye. It controls the amount of light entering the lens. The wider the aperture, the more light there is. The smaller the aperture, the less light there is. The size of the aperture is expressed as f-stop numbers that you can set on the camera. See how f2 is wider than f22? It’s kind of backwards from how you’d think, but basically the bigger the number, the smaller the hole; the smaller the number, the bigger the hole. Got it? Good.

So, that’s it for this week. Next week, we’ll talk more and see how shutter speed can turn your photos from boring to art. Don’t forget to subscribe! See you next week!