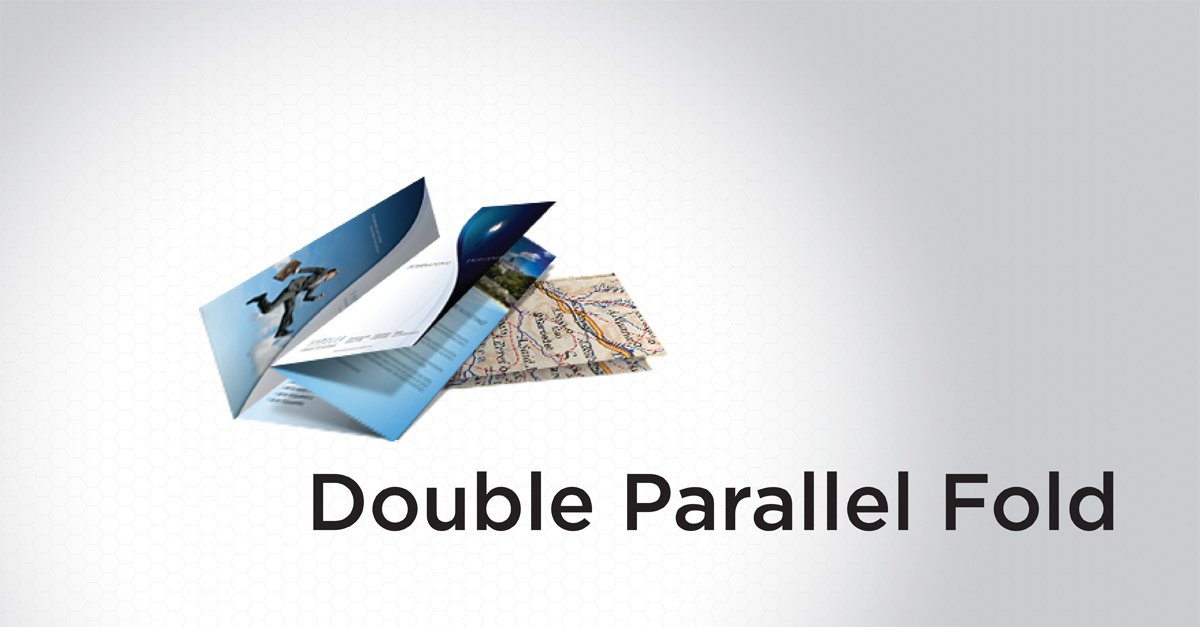 To make a double parallel fold, paper is folded in half and then in half again in the same direction. For the folded paper to line up exactly, the two inside sections (the two on the right of an open paper) need to be slightly skinnier than the other two.

Eight panels are created from the double parallel fold. With that many panels, it can be used to present several products, or can unfold to reveal a large graphic such as a map or chart. It is compact so a large piece of paper can be mailed in a smaller envelope.

A map double parallel fold is created by folding the paper again, this time in half perpendicular to the other two folds. This creates 16 panels.