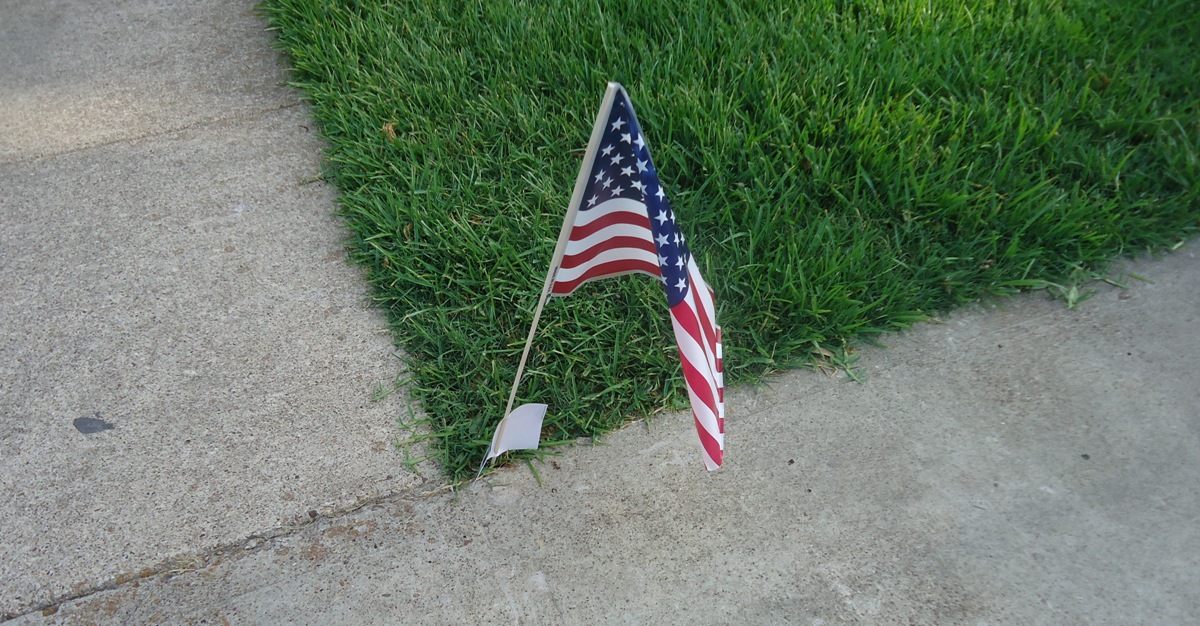 I saw quite the innovative 4th of July marketing idea in my own front yard. It’s simple, yet it works so well. A local real estate company stuck an American flag in the yard of every house in my neighborhood. I have no idea how many streets they “flagged” but the effort they put into it was worth it, because it left a lasting impression.

They walked the streets and stuck a 1.5 foot tall wooden pole with an American flag in the grass at the end of every driveway. On the bottom end of the pole, just above the ground, is a small flyer with a quote from the Declaration of Independence and the name and logo of a real estate company.

The Flag and Flyer Work Together

If that same flyer had been stuck on the door knob of every house, how many do you think would still be there? Probably none. Ok, there would be one, because my neighbor is out of town for 2 weeks. Other than his house though, each would have been removed as people returned home from work for the day. Some would have been read, but many disposed of and already forgotten.

Emotion Is a Strong Force in Marketing

With this flag’s promotional effort though, do you know how many of those flyers are still powerfully promoting their intended message? Every single one. Who is going to take down an American flag from their yard just before July 4th? As far as I can tell, no one has even taken the flyer off, because the patriotic quote adds to the flag’s honor.

With the flags lining our street, it looks as if the neighborhood is expecting a parade. It gives me a proud, patriotic feeling every time I drive through it. This feeling has a real impact. Effective marketing needs to appeal to emotions, not just reason, to truly make it’s mark. Although the emotional impact may be hard to measure, the success of a campaign isn’t.  Be careful not to pander, because customers can see through this. Catering to an emotion like patriotism though, with just the right err of respect can go a long way.

One man on my street was even inspired to add his own flags to the one left by the real estate marketing campaign. He created a whole line of flags along the street in front of his house.

The Message Will Linger Longer Than the Firework Smoke

After seeing the flag in my yard and the reminder of who placed it there day after day, the name of the company will become familiar. The message conveyed to every neighboring house will be, “Clearly this real estate company is made of people I would like to work with. They have strong pride in our country and wanted to share that with all the people in our community. They must be good people. I will call them when I need real estate help.”

Even if the message isn’t that explicit, the name of the company on the flyer will stick in the minds of the people that see it, long after the smoke from the fireworks has disappeared and this 4th of July marketing campaign has been picked up, and the good feeling associated with the campaign will stick as well.